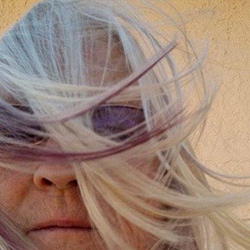 1. I hear you have animals in your novels. Tell us about the books.

I used an Irish Setter in Teach Me To Forget (odd, since I’ve never owned an Irish!) He just sort of showed up while I was describing the heroine’s motor home.

Her past was behind her…or so she’d thought.

Bethany Acton has come a long way from the day she was an abused child-bride of a dissolute jet setter. Now divorced and single, she writes for a lifestyles magazine, lives out of her motor home, and answers only to her boss—when he can find her. She has overcome her horrendous past and taken control of her own life. But when Jonathan Merritt, a rising star in wildlife photography, enters her world, she learns that control is a tenuous thing.

His past was despicable, but it hasn’t affected his future…until now.

Jonathan knows he has met the woman with whom he wants to spend his future, but first he must admit his role in her past. Afraid the truth will turn her against him, he tries to gain her trust and affection before confessing. But the longer he hesitates, the harder it becomes to tell her. Can Jonathan gain enough of her love and trust for her to forgive what he did—or will his past indiscretions destroy his only chance for happiness? 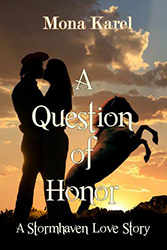 One of my favorite book “pets” is Mosby, the gray stallion in A Question of Honor, which starts the Stormhaven series, with horses in each book.

Sydney Castleton has worked hard to put her less than savory past behind her…until her sister asks for her help. Devin Starke has fought too many battles, seen too many deaths, to look forward to a peaceful future…until his best friend and partner asks him to help return the horse his wife, Sidney’s sister, took when she left.

Stormhaven, a ranch in northern New Mexico, has become a place for fighting men to readjust to the world, a sort of decompression chamber for those who have seen too much. Devin Starke is such a man. And Sydney isn’t far behind him.

When the sparks ignite between them, Devin and Sydney fight the attraction, as neither one is good at relationships. But when Sydney is attacked and fighting for her life, Devin realizes things aren’t quite what they seem. Can these two overcome the issues from their past, or are they doomed to lose any chance for love in the future?

2. Why did you add animals to these books? 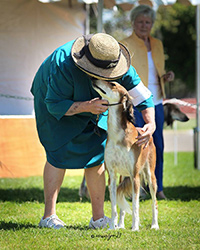 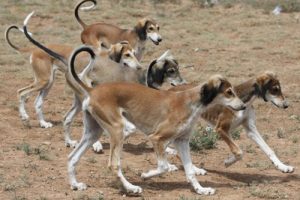 At one time I thought my life would be all horses all the time. Then reality set in (as in how expensive it is to keep horses), plus I met Salukis and I was a goner. I met my husband at a Saluki show, we were together for many Saluki filled years and I was able to offer him home hospice among our Salukis.

Writing about horses is a way for me to keep that first passion alive. The premise for A Question of Honor came from a divorce I heard about, where the wife kept the dogs since the husband wanted them. People can be so…interesting.

3. What other books have you written

Interesting question since I’m becoming a live again author after a loooong dry spell with a difficult publisher. I’m just about to go indy on myself…YES. The question is do I stick with Mona Karel (which originally was going to be my author name for those racier books) or do I stand up proud and claim MY books in MY name. What do you think?

Come visit me at Mona’s Place: https://mona-karel.com/blog/ Her intermittent blog, some recipes, some sillies. Always sillies.

From Marcia: Thank you, Mona! I love discovering romances that feature animals and look forward to reading your books!