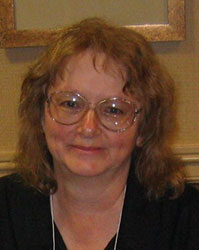 1 I hear you have pets in your novel. Tell us about the book. 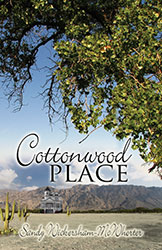 My first novel, Cottonwood Place, received 4 and 4.5 star\heart reviews and is about Ian, Megan, her extended Navajo family, and the people who really run Megan’s inn, Orion, her Shepherd-husky mix dog and Cassiopeia, the white long-haired cat. Here’s the back-cover blurb:

Megan MacCloud knows before meeting him that Ian Hunter is the neediest of the troubled guests she and her desert inn has helped. Estranged from God, neither she nor Ian believe He can bring them the love they crave. Ian says he couldn’t resist driving across the country to her after her face on a brochure “hypnotized” him.

Because of Megan’s past abuse, her attraction to him is dashed when she learns he drinks. Megan resists loving Ian, but her family and mostly-human pets bond with him immediately, proving he’s good. Megan, her Grandma, and the pets resolve to help Ian stop drinking and be a doctor again.

He helps solve major problems with guests and saves several lives as Megan and her mysterious Navajo-and-White family show him religious and lifestyle philosophies foreign to him, yet truly American.

When she’s kidnapped for unknown reasons, Grandma says that to find Megan, he must first “find himself.” What does that mean? Can God use Megan’s family, their Navajo ceremonies, and the police to find Megan and help her and Ian “walk in beauty” before it’s too late?

2 Why did you add the pets to your book? 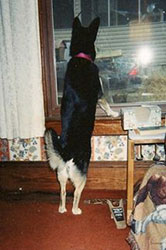 Since I’ve been animal lover all my life, especially birds, I had to have animals in all my books. I protect animals on the road by swerving to miss squirrels; I stop to take turtles to the other side of the road when I see them by a river I drive over every day, and stop to see the sandhill cranes that now hang out by that river. YES, I am an animal rubbernecker!

When it came to my writing, I had to have animals as characters. For Cottonwood Place, I use the dog and cat to maintain the mysterious bewitching aura that draws people to Megan’s inn, Cottonwood Place, for healing and peace. Who better than my Sheena to play Orion? Sheena died in 2011 of a ravenously deadly and rare cancer. I needed almost 5 years to recover from losing her, the only living thing I loved at that time. I’m so glad I immortalized her in the book. I’ve always wanted a cat since the only one I ever had, Rascal, a beautiful black male, died of severe kidney failure in 1976. He was the first Valentine’s Day present my husband bought me. What better way to give myself a cat than in my first novel?

3 What other romances have you written? 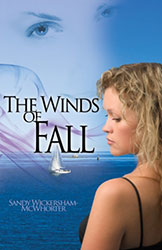 I have two other romance novels. The first is The Winds of Fall, which received 4s and 5s of five book reviews from LASR (Long and Short Reviews site). The Winds of Fall was my second published novel, and the “book of my heart.” Combining two dreams from my teen years lead to this sci-fi romance about Skye and Joe. Both are aliens living on Earth; Skye doesn’t know she’s an alien who was stranded here, but Joe immediately knows what she is when he sees her hand entering one of his artworks in a gallery. This cover includes my other loves: sailing and deep water. Here’s the back-cover blurb:

Unknown to Skye Worthington, the people most important to her are keeping unearthly secrets from her. If not revealed and faced, these secrets will cause death for untold billions of people, Skye included.

Rebelling against his family and their deadly but necessary secrets, which keep him a recluse in a Caribbean paradise, Joe Allen meets Skye. They fall into a love forbidden to Joe until now.

Can two people with unimaginable secrets—and more in common than either know—overcome a force capable of entering dreams and taking humans through outer space without life support to other planets? This is the dilemma facing Skye and Joe as she fights to keep her sanity and her identity as a human being. 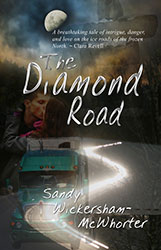 My last novel is The Diamond Road, based on The Ice Road Truckers History Channel series. I just found a 5-star review for it on Amazon from Janna S. Here’s blurb:

Devoted to her family and God, American trucker Connie Williams decides to run the ice roads to earn money to pay her beloved father’s mounting bills as he fights kidney failure. Losing him will destroy her. Subconsciously, she feels inadequate because she never went to college like her siblings and still lives life like a teenager.

Canadian professor, rancher, and ice-road trucker Jake Baxter runs the ice roads for money to keep his ranch out of his greedy siblings’ hands. He clings to the ranch because it’s the only thing keeping his parents alive in his heart; their deaths are too fresh in his mind, too overwhelming. He blames God for his parents’ deaths and hates seeing any living creature die.

During Yellowknife, Canada’s ice road season, they will face two truckers fixated on murderous revenge. Connie and Jake and their friends have three short months to solve the mystery of who their attackers are and stop them, or die.

Connie is a rare-breed of woman, a trucker, one familiar with all trucks and driving them to deliver supplies to the people of Great Falls, Montana. Determined to save her family, she finagles the right to drive her father’s big-rig to Yellowknife, Canada, where she is befriended by Faith Embleton of Embleton House B&B (a real place and a real friend I made while researching Yellowknife) and a host of other Yellowknifers.

Jake, though disillusioned with life because of his family’s treatment of him after their parents die, loves Connie almost immediately and helps her survive the ice-road season while fighting off an embittered ex-ice road trucker who tries almost successfully to kill her to get revenge on her father for him being banned from the ice road for the rest of his life. Connie and Jake marry in the Winter King’s ice castle and return to Great Falls together. 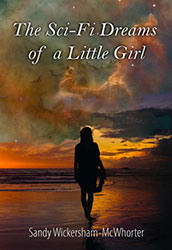 I’d like to mention my latest book: a chapbook of science-fiction poetry based on my long love of the stars and outer space since age 5, and later of Star Trek. I never thought I’d EVER write poetry, let alone publish some! I’ve had single poems published and been in two anthologies, one this spring to support the planetarium at Ball State University in my home town of Muncie, Indiana.

This chapbook was just released last month from Bloodstone Press. This cover combines all the things I love: sunsets on water and the stars.

4 Where can readers learn more about your books and connect with you online? 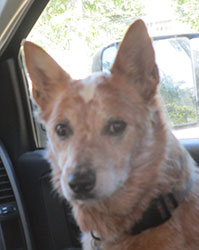 Also, I will give away a free autographed copy of Cottonwood Place to a commenter on this blog post. You can tell me a story about your favorite pet–one you’ve loved and lost or one you have now that means everything to you. Or you can post a photo of your pet or just comment on my interview. In early November, I’ll randomly choose one commenter to win a novel.

Finally, here’s a photo of my current pet, Willie, asking why he can’t go for a ride since he’s obviously in the car and ready!

Marcia James: Thank you, Sandy, for stopping by my Go Pets! blog! I look forward to reading your books!

READER INVITATION: In addition to Sandy’s offer to win one of her novels, would you like to win a Marcia James’ ebook? Visitors to this pro-pet blog can join in the fun, comment, and/or share photos of their pets for a chance to win one of my ebooks! Each month, I’ll randomly pick one commenter to win. To leave a comment and/or a photo, click on the word “Reply,” which is just below the social media icons for THIS interview. (Don’t scroll past this interview to the next interview.) Go Pets!