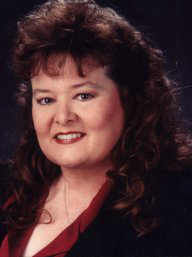 1. I hear you have a cat in your novel. Tell us about the book. 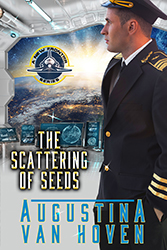 I actually have two books that have “pets”. The first book is The Scattering of Seeds.  This is the first novel in the “New Frontier” series. It is a futuristic romance series about three ships that leave earth to colonize a new planet. The series follows the third ship, The Halcyon, which becomes the victim of conspiracy and sabotage. The colonists are allowed to bring pets with them since they will not be returning to earth. The colonial governor’s granddaughter, Sophie, is six and has brought her cat. Jimmy is a tuxedo cat. The governor is an Ian Fleming fan and said the cat reminded him of James Bond…all it needed was a bow tie. The name stuck. Jimmy is the reason the hero and heroine meet. He is an important character in the story.

The Scattering of Seeds blurb:

The handsome Duncan McGregor believes the answers to the questions in his soul can be found by looking to those who have come before him. And just like his ancestors, he’s venturing into a new world to begin a life they could only have dreamed of—a life in outer space. And yet as he reaches this wild new frontier, he finds that his old-fashioned values are being tested by this hard-edged life.

And his first hurdle is no less than Ariel Lindstrom, the daughter of the governor, who may look like an aloof fairy princess but who acts with strength and courage. Thanks to her experiences inside the corrupt world of politics, she’s been forced to grow up fast and hard. She fears her life is about to grow more difficult if rumors of an alliance between the corporation she works for and an alien regime are true.

For them to survive, they must blend the lessons learned by experience with the freedom and bravery that lies in the hearts of an explorer. Can their two worlds come together, or will their adventures in outer space only end in disaster?

The Scattering of Seeds buy links: 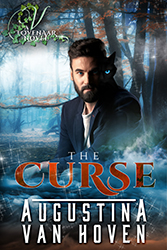 My book, The Curse, is book two in my paranormal romance series. It has a cat in it, but cat isn’t really a cat at all. Laren Balantar is under a curse. During the day he is a man, but at night he turns into a long-haired black cat. He retains all his memories and intellect but he cannot speak.

Prince Laren, a Tovenaar destined to be the ruler of his house, has only one goal. Break the spell that forces him to go catting around at night and unleash his wrath on the sorcerer responsible. Then he meets a woman with fiery hair, deep blue eyes, and the body of his dreams. She’s but a pawn in the looming conflict between members of the hidden community. And the prince is torn between his old and new desires.

Juliet Cooper’s plans were simple: sell her great uncle’s property, return home, find a job, and get on with life. But then she meets Laren—in both human and cat form. And her plans get complicated. Juliet finds she can’t leave until she knows the secrets that her great uncle’s property and the handsome, blue-eyed man are hiding, unaware of the price she might have to pay.

When Juliet is attacked by Laren’s opponents, he must decide whether to rescue her, risking not only the wrath of the community members who shelter him and his princely future, but also his life.

Have you ever wondered why all cultures on earth have the same myths and legends? Men who can turn into animals, men who drink the blood of others, elves, fairies, magic? It’s because these creatures are real. The “Tovenaar” series tells you who these people are, where they come from and why they are here. Laren is introduced in the first book of the series, The Hidden, but he is the main character in the second book, The Curse. 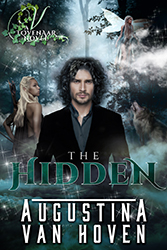 They’ll risk everything for each other…

Lily Montgomery is finding refuge from her vicious divorce and constant self-loathing by writing about the monsters who inhabit her dreams. But then, when she’s rescued by a vampire, she discovers that her monsters are real. Not only that, she’s being pursued by shapeshifters who fear she’ll reveal their secret to humans. Her rescuer is the only constant in her now chaotic world. And, to Lily’s surprise, she fears more for her heart than she does for her life when she’s around him.

Valerian DuCharme is an unusual vampire. Although he’s an enforcer for one of the houses of The Hidden, he’s welcomed by the principled everywhere for his charisma, his caring, and his powers. Valerian lost his true love when he was turned, and his heart has been encased in ice for hundreds of years. Until he meets Lily. And he warms to her charms. But his job is to keep Lily safe. Can he do that and love her, as well?

2. Why did you add a pet to The Scattering of Seeds and a paranormal cat in The Curse?

The character of Jimmy the cat was planned since I got the original idea for the book. I thought about the families who left the old world to immigrate to the new. In the future, the technology of colony ships would allow peoples to take a lot more of their personal possessions. Having families bring their pets would help with some of the stress of the voyage to a new world.

For the character of Laren, who is a powerful magic user, I needed a curse that would break his power and leave him helpless and dependent on others. In The Curse, Laren is befriended by Karl, the human assistant for the vampire Valerian DuCharme. There are some great scenes where Karl and Laren have to communicate while Laren is in cat form.

I have two cats, Zayden and Tyrion. Both of them are rescue cats. Zayden is twelve and Tyrion is ten. Zayden is a long-haired black cat and was the inspiration for Laren’s curse. I watched her have to deal with seeds and twigs in her fur, and I thought that would be interesting for a powerful man to have to deal with. A good way to humiliate him which, of course, was the reason he was cursed.

Tyrion wandered into our back yard when he was six weeks old. Someone had dumped him into the forest around us. Our dogs were alive then, and they were barking at him and had him backed up to the sliding door. He was terrified. We brought him into the house, and he’s been with us ever since.

I have four series of books. I write paranormal romance, time travel romance, futuristic romance and ghost romance. The “Rose” series contains my ghost romance books. There are three books in the series.

The “Love through Time” series are my time travel books. There are three books and three novellas currently in the series with another book and novella coming out later this year.

The “New Frontier” series are my futuristic books. There are two novels and one novella in the series with a third book coming out next year.

The “Tovenaar” series is my paranormal series. There are two books currently with a novella coming out in August.

I promote my books on my social media sites as well as my newsletter, book tours and ads on BookBub and Amazon.

Readers can find out more about my books on my website, social media sites, Amazon page and BookBub page. They can also sign up for my monthly newsletter.

BIO: Augustina Van Hoven was born in The Netherlands and currently resides in the Pacific Northwest with her husband and pets. She is an avid reader of romance, science fiction and fantasy. When she’s not writing, she likes to work in her garden or, in the winter months, crochet and knit on her knitting machines.

FREE EBOOKS CONTEST! Augustina is giving away two of her Amazon Kindle ebooks: The Scattering of Seeds and The Hidden. Comment on her blog post below to be entered into the contest to win an ebook!

From Marcia: Thank you, Augustina! I love paranormal romances and look forward to reading your books!