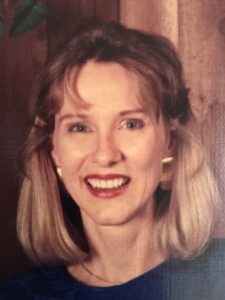 1. I hear you have animals in your Man vs. Nature novels. Tell us about the books.

Man vs. Nature is a series of trilogies, each addressing a time in man’s evolution when we should have died out but didn’t. The first trilogy, Dawn of Humanity, takes place 1.8 million years ago when man was new on the landscape. We had no homes, weapons, clothing, few tools, no religion, and no fire. The next trilogy, Crossroads, takes place 1 million years later when man has learned to be tough, plan, create some weapons, and become a lot more human. We are still prey to larger predators but we give them a good fight! The next trilogy, Savage Land, jumps about 800,000 years ahead and deals with a time in man’s evolution where despite our dominance in the animal world, we still couldn’t beat Nature. It’s a dark time in our history when our species almost disappeared from the planet. The first book in this trilogy is due out in about two years.

But Jacqui (you say), I thought dogs were important to your stories?

Absolutely. For most of man’s evolutionary history, we considered animals dominant. In my stories, man and animal create critical partnerships that allow both of us to live better. Look at each book cover—they all include a proto-dog companion. 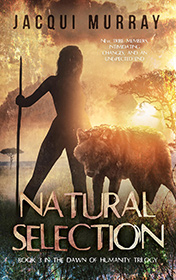 The latest novel in the Dawn of Humanity series—just published in October—is Natural Selection. It features a prehistoric dog named Ump and a Homotherium cat named Kit, both valued members of man’s tribe. Here’s the blurb for that book:

Lucy and her tribe leave their good home to rescue captured tribe members who are in grave danger. Since leaving her mate, Lucy created a tribe that includes an eclectic mix of species—a Canis, a Homotherium kit, and different iterations of early man. More will join and some will die, but that is the nature of prehistoric life, when survival depends on a mix of man’s developing intellect and untiring will to live. Each brings unique skills to the task of saving Raza and his Group from sure death.

Based on true events from 1.8 million years ago in Africa, Lucy and her band struggle against the harsh reality of a world ruled by nature, where predators stalk them and a violent new species of man threatens to destroy their world. Prepare to see this violent and beautiful world in a way you never imagined.

2. Why did you add animals to these books? 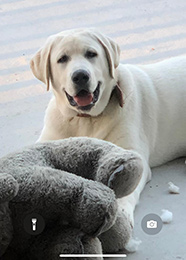 In my life, animals are valued and cherished. This is a picture of my beloved puppy, Casey:

In the prehistoric world in this series, the big cats and proto-wolves were the alpha predators in a feral world. Man was his prey and had no idea that these domineering animals weren’t more powerful than the two-legged upright creatures they preyed on. I wanted to explore that sort of ‘frenemy’ relationship, show how each species found value in working together.

I first wrote non-fiction education books (they can be found at Structured Learning). I was a tech teacher without a curriculum so wrote one and then kept going. Then, as a hobby, I switched to fiction—thrillers—stories of flawed super heroes who saved the world at great personal cost. The ultimate super hero was our earliest ancestors, people who survived a feral world without claws, fangs, or physical power, where they were prey not predator. The story of how they endured powerful predators, violent natural disasters without clothing, weapons, or homes is pretty exciting! I write these stories as a series of trilogies, each addressing a time in man’s evolution when we should have died out but didn’t. The one I’m working on right now is called Savage Land.

I sell all of my books through Amazon, as print or digital. They’re even free if you’re a member of Kindle Unlimited or Amazon Prime. You can find them on my Amazon Author page.

Here’s a quick visual summary of the three trilogies, their tagline, and what you can expect in the stories: 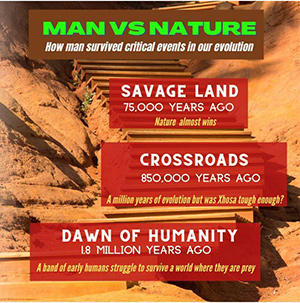 Most of the promotion is done through my blog, WordDreams. That’s where I stay in touch with other writers like me who love to talk and explore writing. My other social media links are:

From Marcia: Jacqui, thank you for being my January interviewee! I love discovering novels that feature interesting animals/pets, and I look forward to reading your books!