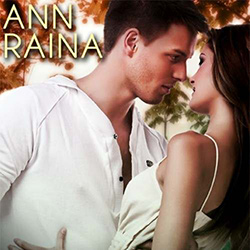 1. I hear you have a dog in your novel. Tell us about the book. 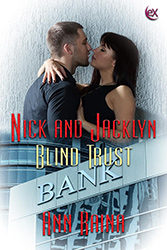 Blind Trust is a sensual thriller. FBI Agent Matthew Montagna joins Nicolas Hayes’ FBI team to investigate a series of bank robberies in Washington, DC, and its vicinity. Though he loves his work, he has trouble dealing with his past in Chicago, his criminal ex-wife, and the loss of his home and his friends—not to mention his dog, who moved in with the neighbors because Matthew couldn’t take him to DC. He’s unhappy about his entire situation and wishes for his old companion. Then he meets a dog owner in the building where he lives. Matthew is quickly enchanted with the dog, Bingo, and spends time in the neighbor’s apartment, not knowing that he’s in the center of a dangerous plot.

The citizens of Washington, DC, were lucky the bank robbers’ escape truck didn’t explode at the Federal Triangle Station. FBI agents Hayes and Montagna take over the investigation, convinced the robbers will strike again and become more ruthless with every successful assault.

While Agent Hayes tries to keep pace with his lover’s kinky bedroom fantasies, Agent Montagna has trouble dealing with his ex-wife’s past and his immediate future—booze and bullets alike.

(Available in ebook and print)

Blind Trust is the third book in the series, and when I introduced Matthew Montagna to the team, I wanted to make him special—not the average kind of guy. He had lived through a hurtful divorce, had been urgently requested to leave the Chicago FBI office, and that meant leaving behind his house and his dog. Matthew is in a bad shape when he starts working with Nicolas and Jason, which makes him more vulnerable, more sensitive. Though he’s also a man quick to joke, he’s also very lonely without his dog.

I can relate to him very well. Since I bought my horse eight years ago, I haven’t been on a vacation without him. On the contrary, I found ways to travel with him so that we can spend more time together. He’s a wonderful gelding, sixteen years old by now, and my trusted partner on every ride through the woods. He’s gentle and he has stamina. We’ve been on day trips, riding more than twenty miles. He’s quite courageous—once we met an ambulance in the woods (yes, with lights and sirens on!), and he just stepped aside the path and let the van pass. I hope that he’ll be with me for many more years.

Since Nicolas is working in the serious crimes’ division, he and the team deal with serial killers, brutal bank robbers, and other criminals, who are too hard to handle for the local police forces. There is always a lot of action and suspense involved in every story.

But I also like to have a look at the partners’ private lives—Jason finds a lovely woman he marries, Matthew gets a dog, and new agents come in, bringing with them their private fun and sorrow.

I really like Famous Murders because of the interaction of the FBI agents and the suspects, as well as the ways the murderer kills his victims. 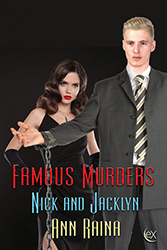 After three murders in the Washington, DC, vicinity, FBI Agents Hayes and Beckham are assigned to solve the case. Although the murders seem incoherent at first, it becomes clear that there are connections between them. It turns out that the murderer is far from having reached the end of his deadly list.

Aside from the investigation, Agent Hayes has to find a way to get on with his demanding girlfriend and her challenging love games. Can he do both and not lose himself? 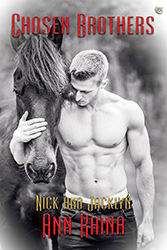 I also loved writing Chosen Brothers because I had the chance to write a criminal plot playing in a small town on a horse ranch. Nicolas can show that he’s able to go undercover, and he makes a new friend on the way.

In Florence Town, people appear to live life without a care in the world. When members of one of the leading families are suspected of building bombs, FBI Agent Nicolas Hayes is sent undercover to investigate. He learns a lot more than anticipated about the dark secrets behind the scenes of a placid rural life. 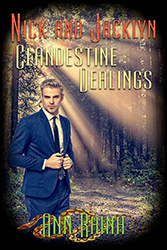 I promote my books with the ladies from RAM PA. They do professional advertisements for my books on Facebook and on Instagram. You can find me there: Ann_Raina_author. Currently, they’re advertising Clandestine Dealings, the last book I published:

From Marcia: Thank you, Ann, for being my September interviewee! I love discovering novels that feature pets and look forward to reading your books!