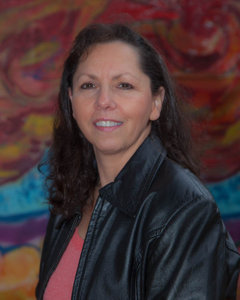 1. I hear you have a dog in your series featuring a rookie cop heroine. Tell us about the series. 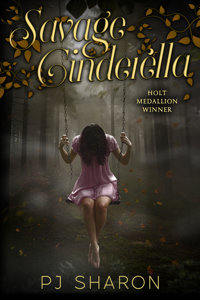 Hi, Marcia, thanks so much for having me. I’m thrilled to be here and always happy to talk about two of my favorite things…books and dogs!

My Savage Cinderella novella series is based on a book I published back in 2012, Savage Cinderella. In the novel, readers are introduced to eighteen-year-old Brinn Hathaway, who has survived on her own in the High Country of North Georgia since she was left for dead in a shallow grave by the man who kidnapped her as a child. When a young nature photographer, Justin Spencer, catches the wild girl on film and the two form a tentative friendship, Brinn must decide if coming out of hiding is worth the hope—and the danger—that may await her.

A mix of literary fiction, romance, suspense, and coming of age, it was one of those stories that didn’t quite fit onto a specific bookshelf, which is why I decided to self-publish it. I wasn’t sure if the story qualified as Young Adult (YA) or the relatively new (at the time) sub-genre of New Adult fiction. A fellow author once described the “agent pitch” as Veronica Mars meets Nell. Or A Child Called It meets Nancy Drew.

There’s no overt sexuality or language issues, but the subject matter is gritty, and Brinn’s age sets her just outside the YA market. A 2010 Sheila and Golden Palm finalist and a 2013 NERFA and HOLT Medallion winner, Savage Cinderella went on to become a hit on Wattpad with almost four million reads. It was then I decided to continue Brinn’s journey through a series of novellas. 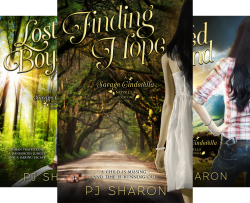 Each 30k “episode” has a crime to solve, a relationship issue to overcome, and a powerful step in Brinn’s personal journey of recovery and healing after all she’d endured as a child. There are now five books in the series: Finding Hope, Lost Boys, Sacred Ground, Broken Angel, and Liberty’s Promise, all of which have social justice themes—and yes…a dog named Eliot.

2. Why did you add a dog to this series? 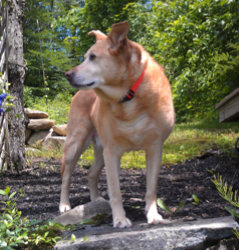 When I first came up with the idea for Savage Cinderella, I was hiking in the woods with my dog, Zak—a golden lab/husky mix who I rescued as a six-month-old pup and who was as devoted to me as any living being on the planet had ever been. He was my constant companion for twelve years and the best hiking pal a girl could want. On this one walk, just like every writer with an overactive imagination, I started daydreaming. I wondered what it would have been like to grow up in the wild and have been raised by wolves. But when I ‘saw’ Brinn running through the woods, she wasn’t running with wolves.

In the original novel, Brinn befriends a bear—yes, a bear—and names her Kitty. This may seem like a stretch, but in Brinn’s lonely world of isolation and survival as a ten-year-old, rescuing a cub who had lost its mother and developing a bond with the animal is what helps her survive cold winter nights and the myriad of dangers she faces throughout the story. It was also symbolic of her own loss, believing her parents were dead and that no one wanted her—a lie that her captor ingrained in her during the two years he’d kept and tortured her. Even after Brinn returns to the world, she and Kitty remain friends and this character comes back in Broken Angel, when Brinn returns to her mountain cabin and is confronted by drug dealers.

For the series though, Brinn needed a sidekick who could accompany her in the real world, and Eliot fit the bill. A gift from Justin, Eliot (named after the author T.S. Eliot) is a loveable yellow lab who is as much an emotional support dog as he is a partner in crime-fighting. He failed out of his first round of canine police training because of his overly independent nature (a characteristic he shares with Brinn).

Eliot doesn’t appear in all the books, but he is always on her mind and a valued friend who keeps her grounded. I enjoyed writing him, and I think well-drawn animal characters can add an incredible depth to our heroes and heroines. Kristan Higgins writes amazing pets into her stories, making them an integral part of her characters’ journeys and offering a reflection in some way to the characters themselves.

Zak is no longer with me and it’s been hard to imagine replacing him, but maybe someday, another dog will come along and find me. Until then, I’ll keep writing them into my stories!

One of the best parts of self-publishing is not being pinned down to one genre. I’ve written three contemporary YA romances, Heaven Is For Heroes, On Thin Ice, and Pieces Of Love, all part of what I call The Girls of Thompson Lake Series, since all the characters are friends and live in a small fictitious CT lake town. Each novel is a standalone story, but the friendships and settings overlap. Sami’s Christmas Wishlist is an accompanying novella that brings all the girls together for a heartwarming holiday story.

I also have a dystopian trilogy called The Chronicles of Lily Carmichael; a series RT Book Reviews called “An action-packed read with a strong female lead.” I’m particularly proud of this series as it’s won several awards and was especially fun and challenging to write. You can read the prequel, Soul Redemption on Wattpad or download it free as a thank-you gift for signing up for my newsletter. 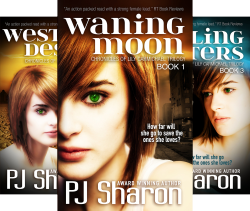 Waning Moon, Western Desert, and Healing Waters make up the rest of the trilogy—in which, in the year 2057, in a post-apocalyptic world where three quarters of the population has been wiped out by a global pandemic, and a polar shift threatens the remainder of Earth’s inhabitants with extinction, sixteen-year-old genetically enhanced teen, Lily Carmichael, faces bigger challenges—escape capture by a rogue government agency, save her family, and avoid falling in love.

I know…cheery stuff, right? Despite the desperate and apocalyptic setting, there is a teen romance, a ton of action and adventure, and as with all my stories a “hopefully ever after” ending. It also has a couple of pet wolves—my first introduction to writing animal characters.

Promoting me and my books has been one of the greatest challenges for me as an author. I know this is true for many of us. Writers are—by nature—introverts to some degree. We spend a lot of time living in our heads with make-believe characters. I love the writing process (even with its alternating ups and downs of creative euphoria and doubt-filled exasperation). But the selling process and treating my writing as a business—not so much. I have a particularly difficult time balancing writing and promoting simultaneously. I enjoy engaging with readers, but it’s sad and a little scary to leave the writer’s cave and face the real world again, lol.

When my head is in a story, I need to stay in that creative space, and marketing and promotions require a whole different mindset. I’ve avoided doing much marketing for the series the past two years as I’ve been writing the five novellas, but now that the series is in a good place to call it complete, and I don’t have any immediate plans for another story, I’m shifting gears. This is, after all, a marathon and not a sprint. A dozen books published in eight years is a good bit of writing. So, now it’s time to devote some effort to sharing them with the world.

I’ve created a marketing plan and a promotions list of to-dos over the next six months that will include getting out to bookstores, visiting libraries, and speaking at schools. I also need to focus on garnering reviews and being more consistent with content creation for social media. Once summer comes, I’ll do more book fairs and farmer’s markets.

One of the most consistently successful things I’ve done with my online community is multi-author events. Cross-promoting with others is fun, not that much work, and usually gives me a good return on my investment, whether through increased sales or a jump in new followers. There is so much that can be done, we can make ourselves crazy. Finding what works for you, that you enjoy—or at least don’t mind—and that gives you a solid return on your investment is the key. And not everything is worth doing. I rarely recoup my costs when I do those short-term sales and pay for advertising on a bunch of cheap sites. I’ll get a bump in numbers sold which is good for a temporary boost in Amazon rankings, but it never pans out enough for me to see a return on investment (ROI). The same with Facebook ads. Some people do great with them, but you need to spend money to make money. Unless you’re fortunate enough to get a BookBub ad, or you have a huge advertising budget, paid advertising has been a bust for me.

I think the best advertising is still word-of-mouth. Getting out and talking about our stories, meeting readers, and creating connections is probably one of the most important things we can do to promote ourselves and our books. That’s why I’m here visiting with you! Thanks again for having me.

Leave a comment on this blog and be entered to win a signed copy of Savage Cinderella!

Readers can find me at all the places I hang out…

In addition to her day job as a massage therapist, PJ Sharon is an award-winning author, fitness guru, lover of kind spirits, and sometimes lost in imaginary worlds. Whether PJ writes contemporary YA, NA, or a dystopian trilogy, there is always a romance at the heart of the story, healing for a troubled soul, and a hopefully ever after end to look forward to.

A black belt in the art of Shaolin Kempo Karate, former figure skating and power skating coach, and singer of Italian art songs, PJ has two grown sons and lives with her brilliant engineer husband in the Berkshire Hills of Western MA where she writes, kayaks, and plays in the dirt as often as possible.

Marcia James: Thank you, PJ, for stopping by my Go Pets blog! I look forward to reading your novels!