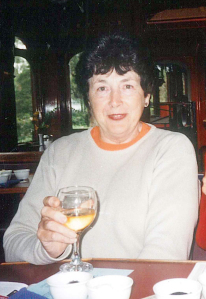 1. I hear you have animals in your novels. Tell us about the books. 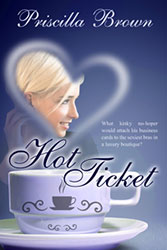 What kinky no-hoper would attach his business card to the sexiest bras in a luxury boutique?

Ambitious Sydney lawyer Olivia seconded to Darwin (Australia) after ending a toxic affair with her boss intends this six-month stay to be man-free. Yet curiosity leads her to investigate the guy at the café identified on his card. She’s shocked by the kick of heart when Callum, light years away from a no-hoper, serves her coffee topped by a chocolate heart, and she finds the tropical climate is not the only steamy aspect of her new life. Love or her career? Will she listen to her head and return, or to her heart and stay? 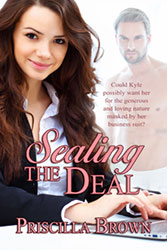 Mayor Anna Marshall agonises over the parlous finances of both her country town and of her alpaca stud. Will this sexy television producer be financial salvation or major trouble?

Excited that Kyle Kinross wants to shoot his blockbuster drama not only in the struggling town but on her cash-strapped farm, Anna sees his company’s fees as some relief from economic predicaments. But offering to pay her to film her alpacas smacks of buying her mayoral support. Could she survive accusations of payola? Is Kyle only after her influence to win over community opposition to his project, or could he possibly want her for herself?

2. Why did you add animals to those books?

Callum grew up on a cattle station in Australia’s Northern Territory, where cattle dogs were part of the crew. Now settled in Darwin, he misses animals, and chooses a young cattle dog from Animal Rescue because he looked sad. Named JD for Juvenile Delinquent as the puppy has clearly never been trained, this energetic black-and-white animal learns quickly at Puppy School and his cheerful friendly personality emerges.

I gave Callum a dog because of his childhood and because an animal such as JD adds a dimension to his lifestyle, which at the start of the story centres on his new café business. As the plot advances, the dog becomes an important secondary character with a part to play in the developing romance between Callum and Olivia. In fact, he falls in love with Olivia before Callum does.

I’d reached a point in my romance writing career when I felt the need to locate a story in a rural Australian setting, and my own alpacas became the starting point for Sealing the Deal.

I’d come across a newspaper article about alpaca farming, and out of interest checked this out at an agricultural show. But there I fell in love with a young cinnamon-brown female with a pretty white face. I spoke to the owner, visited her stud, and ended up buying this one and a young black female. So began my love affair with these intelligent, inquisitive, friendly creatures. Gradually I built up my herd, and watching their actions and interactions inspired me to star them in a story. Unfortunately, unlike Anna in the story, no sexy television producer has ever wanted to film my animals!

I write contemporary romances where the main characters spark off each other while struggling with the challenges each presents, and their different lifestyles and dreams. 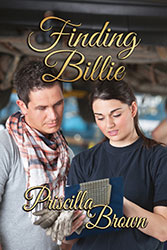 For mechanic Billie, fixing cars is easier than perking up her love life. When childhood friend Zac, whose family secretly left town years ago, calls into her service station by chance, they are astonished to come across each other. Their friendship blossoms; for Zac, struggling to cope after a personal tragedy, warm-hearted Billie is easy to talk to but he cannot let himself love her. Her long mislaid hormones leap into life, but dare she risk loving a man carrying so much baggage?

As I drafted the story, Billie told me she wanted a cat. In my childhood home, we had a much-loved ginger cat who thought he ruled his people. At the back of my writing mind, I always had the thought that I would one day put him in a story, so here he is. The inclusion of this feisty ginger feline who purrs with most humans but spits at any who are not nice to his owner rounded out Billie’s household of only herself and teenager Tim. 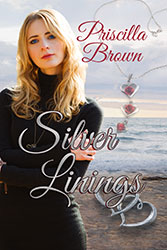 He almost runs her over, she breaks a shoe in a drain. What can he do but play Prince Charming? 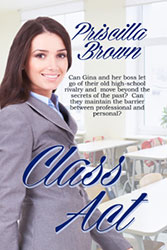 She’s lover shopping, but her new boss could never be the goods on her wish list. 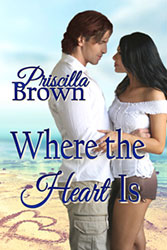 Where the Heart is

No way does romance figure in recently-divorced Cristina’s expectations of her working holiday at a luxury Caribbean resort, but can this zany charmer of a pilot break through her defences?

4. Where can readers learn about your books and connect with you on line?

Marcia James: Thank you, Priscilla, for stopping by my Go Pets! blog! I look forward to reading your books!

READER INVITATION: Want to win a FREE ebook? Visitors to this pro-pet blog can join in the fun, comment, and/or share photos of their pets for a chance to win one of my ebooks! Each month, I’ll randomly pick one commenter to win. To leave a comment and/or a photo, click on the word “Reply,” which is just below the social media icons for THIS interview. (Don’t scroll past this interview to the next interview.) Go Pets!