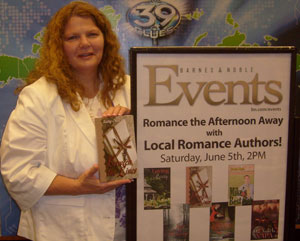 1. I hear you have a mule in one of your novels. Tell us about the book. 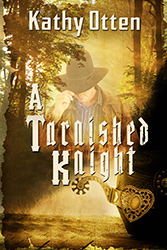 A Tarnished Knight is a historical romance novel about a down-on-his-luck bounty hunter, Ryder MacKenzie, who was ambushed by cattle rustlers. While playing poker trying to win money to buy new stock, he is told about a large reward to capture a runaway wife and return her to her husband. Since his horse was killed and he has no money, he ends up having to ride a mule that nobody wants in order to retrieve and return this runaway wife. Despite being constantly bucked off and having to always catch the mule, Percy and Ryder develop an odd love/hate relationship throughout the book, and in the end as Ryder finds love, so does Percy.

Blurb: Fleeing her abusive husband, Victoria Van der Beck is captured by down-on-his-luck bounty hunter, Ryder MacKenzie. As she comes to love this man who hides his face in shadows, she wonders if he could be the valiant knight for whom she’s been longing. Is he the champion who would save her from the evil prince, or is MacKenzie just a paid lackey determined to return her to her husband?

Available in print and e-book. 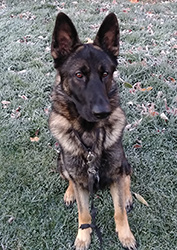 2. Why did you add a mule to A Tarnished Knight?

For a cowman to be seen riding a mule at that time was somewhat humiliating, so I gave Ryder a mule to further emphasis his run of bad luck.

Over the years, I’ve had horses, cows, chickens, ducks, rabbits, dogs, cats, fish, and a hamster, but never a mule. Currently though, I’m down to one dog, Henry, and one cat, Goofy. Here’s a photo of Henry to the right. 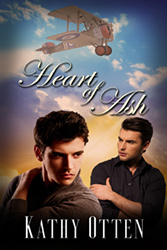 I’ve written several novels, novellas, and short stories. My latest release is Heart of Ash, a historical M/M [Male/Male] short story which takes place during WWI. It was a little outside my usual genre, but love is love, no matter whom that may be, so maybe it’s not so different.

Blurb: In the skies over France during the Great War, the life expectancy of a pilot in the Royal Flying Corps is measured in days.

Captain Elliot “Ash” Bainbridge is certain he’ll be the next pilot sent spinning to earth in a ball of fire. Not because the Germans will shoot him down, but because God will punish him for daring to love another man.

When Ash met Lieutenant Harry March, their attraction was instant. But Harry hates Ash’s fatalistic attitude. He believes in capturing the moment.

Can Ash set aside his fear of death and take a chance on love? Or should he try to keep his heart safe from hurt forever?

I promote mostly through social media, guest blogs, and in-person writers conferences and book signings. I’ve taken out a few ads here and there, through BookBub and Net Galley.

Marcia James: Thank you, Kathy, for stopping by my Go Pets blog! I look forward to reading your novels!